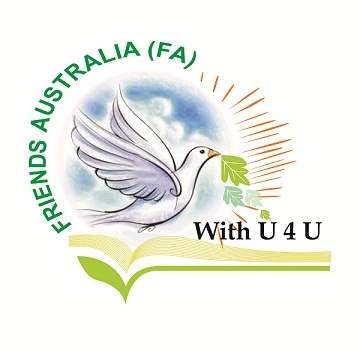 Another of our supported projects 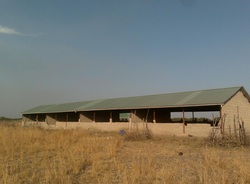 Background
Kapat is a small village located at around 9km East of Bor-two, the capital of Jonglei state in South Sudan. The exact location of Kapat is Koch; in term of government division is part of Makuach Payam in Bor County. Kapat can be access on two roads from Bortown, the new road from Ayuil to Kapat or from Makuach Road, they are all country road no tarmac road in South Sudan. The name Kapat is a Dinka word, which means ‘remove tree bark’. Kapat is village consisting of people from various sub-communities of Makuach payam who are original residents of the area, have no government built school due to lack of funding or resources in general. Government is willing to support the community, but no fund available since 1983 (during civil war) till six years of peace or present; it is part of rural areas of Bortown. Residents in Kapat are economically poor, and often go without meal, there are no mechanisms employed to utilise natural resources as Country is immerging from 22 years civil war, lacks of adequate infrastructure particularly roads, communication, economic plans and many more. 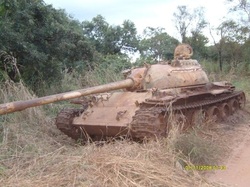 22 Years civil war trail is still much visible 2008 There is high number of young children in area due to two factors, orphans of war, multi-marriages and children are lacking somewhere to go to; 99.9% of population is unemployed, most of them are nomads and in course of last two years (2010 & 2011) they lost their cattle to unknown disease and cattle wrestling add to natural condition.
There are hundreds of children who are known to be unable to afford even primary school education due to mentioned factors.

From Google map The ‘A’ marks where Kapat primary school is located East of Bortown, the capital of Jonglei, South Sudan.

The number of people living or residents in the area is estimated to be 27,000. When considering this population against birth you will get large number of children as mentioned earlier, the number of adult to children in ratio 2:9 in average respectively.

The People of Kapat 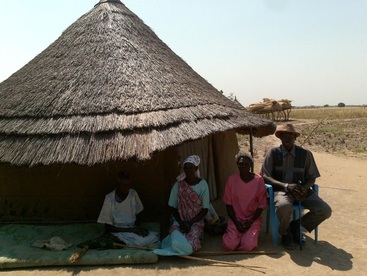 Chief with his mum and two wives. Living house for the whole family; photo by Abraham, 2012

Living in Kapat is not a civilised, but African village style. It is very poor as whole population was displaced for more than 20 years of civil war, the living is like settlement. Residents live in grass thatched houses and there is neither corrugated iron nor brick to build a wall only mud.

It is very common to find family living under the same roof with little or no privacy at all. You notice poverty in everything you work on, it is visible everywhere you go. As mentioned earlier in the text 99.9% of population is not working because no job available in first place, apart from being a member of organise forces (army force, police, etc) or a teacher; however, the salary earns on that job per month can’t feed even your family, it is around $95 (300SSP). Poverty is extremely high among population; people can go for a day without meal, from sunrise to sunset. The community gets no government assistance accept that it pays teachers (300SSP). Therefore, Kapat community can be characterized by the hardship and poverty which is faced by families and individuals. 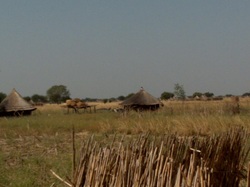 
There are even no learning institution in Bortown, the capital of State to accommodation even those who living in town itself. Leave alone those who are living 9km away; moreover, Kapat village is separated from Bortown by bush land. Other difficulties, is food cost is very high because it is imported from either Kenya or Uganda after the country became separated, that situation doesn’t allow parents to let their children go to town to look for education. Many families are either depending on other families or receiving remittent from Australia, USA, Canada, etc or nothing situation at all. 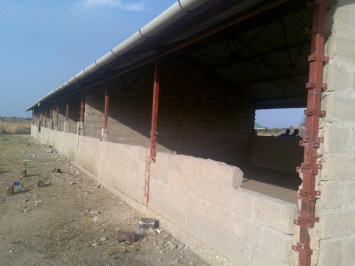 The current project is to complete Kapat primary school; it has 8 class rooms, 300 pupils and 8 teachers. The following blocks are missing or not built and are put of project, but in phases.
The cost may vary according to each section of the project. The cost to complete build four classrooms, structure in picture is $56,000 ($540,00US) equivalent to 189,114SSP according to builder quote in Feb 2012.

The structure of four class rooms. We proposed this structure to be transformed to 6 class rooms which will produce library and computer lab for time being, that is why it cost $56,000 dollars